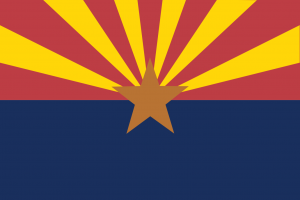 It’s going to get a lot easier for medical marijuana dispensaries in Tucson to expand thanks to three zoning amendments the City Council passed Tuesday evening.

Outdoor cultivation of medical weed is now allowed in industrial zones in accordance with state law. The Arizona Medical Marijuana Act says that outdoor growing is good to go only if the area is surrounded by 10-foot walls made of metal, concrete or stone that prevent outsiders from seeing the marijuana plants.

Dispensary owners have said that adding more cultivation space helps keep up the demand of patients. Many in Tucson get marijuana shipped from Phoenix, because they run out of product quickly.

Off-site cultivation sites in commercial areas are now allowed to grow to up to 4,000-square feet, which is 1,000 more than the previous restriction. And, thirdly, existing dispensaries can expand within 500 feet from “sensitive areas,” which include schools, parks and libraries. The old rule said dispensaries needed to stay back at least 1,000 feet, even if a school or another so-called sensitive place opened after the dispensary was established.

The whole issue with this zoning restriction was brought forward by a dispensary that wanted to expand its kitchen but couldn’t because there were sensitive areas located less than the 1,000 foot setback.

In January, the planning commission unanimously passed the zoning changes and they then went to the City Council to consider.

At the meeting last night, president of the Arroyo Chico Neighborhood Association, located between Broadway Boulevard and 22nd Street near Reid Park, recommended the council adding another amendment that would have forced dispensaries to notify sensitive places within 1,000 feet of any expansions. This would have only affected locations that moved into the area after a dispensary, “…as it is not fair that a dispensary’s expansion plans be held hostage to something that chose to locate nearby after the dispensary business had opened and commenced operation,” a letter by Pierce to the council said.

The planning commission said they were comfortable with adding that language. However, City Councilman Steve Kozachik said it didn’t make sense since the dispensaries would be expanding within what’s allowed by the law. “What other examples can you get when we’re requiring some sort of notification when [another] business is expanding?” he asked. “What are we achieving by this notification?”