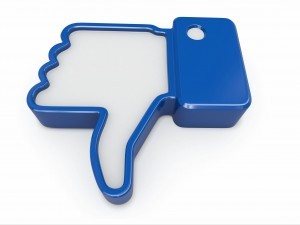 By John Schroyer and Omar Sacirbey

Social media giant Facebook continues to shut down the pages of state-legal cannabis retailers across the country,Marijuana Business Daily has learned.

More than 20 dispensaries and recreational shops in Arizona, Colorado, Maine, Nevada, New Jersey and Washington State have had their pages shut down over the past week or so.

Those are just the ones Marijuana Business Daily has been able to confirm, so the actual number could be much higher.

Several of the closures were first reported earlier this week by NJ.com, but more retailers have been kicked off Facebook since then.

It’s unclear if this is the start of a widespread crackdown or a smaller-scale, more targeted move. It’s also not clear if Facebook is only targeting retailers or other types of marijuana-related businesses as well.

A phone call and email to Facebook headquarters were not immediately returned Thursday afternoon.

The social media giant apparently is concerned that the pages are encouraging drug use, which violates the company’s community standards, according to some marijuana retailers that received automated messages from the company.

But one source in Colorado who asked not to be named said he had heard through a contact that the trigger is if a company is offering coupons or promotional deals on cannabis products via its Facebook page.

“I think the same thing applies to all companies that are engaged in selling drugs. I was told to look at the Pfizer page in comparison,” the source said. “You’re not finding coupons for Pfizer products on the Pfizer page… That was made very specific to me, that our pages should mimic those of pharmaceutical pages.”

Many retailers and other cannabis companies rely heavily on Facebook to connect with their customers and win new ones. The loss of a Facebook page therefore could have an immediate impact.

“What’s really frustrating to us in the industry is that we have such limited means to communicate and advertise, so the Internet is an incredibly valuable resource,” said Greta Carter, the owner of Inyo Fine Cannabis Dispensary in Las Vegas, which had its Facebook page closed down last Tuesday.

Oddly enough, the closings seem quite random. For example, Inyo had its page closed last week while its competitors’ pages remained online.

“Why us? There are all kinds of businesses in Vegas,” Carter said. “All of our competitors are still up and running.”

Plenty of other dispensary pages – and those of recreational retailers – remain active. But those who have had theirs closed haven’t heard much from Facebook when it comes to why they’ve been targeted.

“I was like, ‘Okay, is there any way to appeal?’” said Moe Asnani, who helps run the Downtown Dispensary in Tucson, Arizona. He was notified on Tuesday that the dispensary’s page had been shuttered. Asnani tried to file a formal appeal with the site, but he’s heard nothing since then.

Asnani added that the closure sets his dispensary back a good bit when it comes to open lines of communication with customers.

“We have spent a lot of time putting content on Facebook, encouraging patients to leave Facebook reviews, and even using it to advertise specials exclusively, all of which is gone,” Asnani said. “The lesson here is you cannot put too much faith in one method of communication with your patients, even though it is the largest social network in the world.”

Arizona cannabis consultant Sara Gullickson added via email that “the shutdown has cut off patient access to valuable medical resources, discounts, educational information and is detrimental to dispensary brands.”

Two Colorado businesses that had their Facebook pages shuttered, however, apparently are already back online because the owners simply started over. They simply decided to leave out promotions, coupons and the like.

“They’re going back into it like they don’t care,” the Colorado source said.